Learn the Truth About ADHD Drugs and their Effects on Children.

Find out about what doctors aren't telling you.

Our mission at Drug Free Child is to bring about change in the Mental Health industry regarding the treatment of children that are diagnosed with ADD and ADHD. Nearly one in five high school age boys in the United States and 11 percent of school-age children over all have received a medical diagnosis of attention deficit hyperactivity disorder, according to new data from the federal Centers for Disease Control and Prevention.

The figures showed that an estimated 6.4 million children ages 4 through 17 had received an A.D.H.D. diagnosis at some point in their lives, a 16 percent increase since 2007 and a 41 percent rise in the past decade. About two-thirds of those with a current diagnosis receive prescriptions for stimulants like Ritalin or Adderall, which can lead to addiction, anxiety and occasionally psychosis.

Ritalin, Concerta and Adderall are all classified as Schedule 2 narcotics. This is the same classification as such powerful drugs as morphine, cocaine, methamphetamine, methadone, hydromorphone (Dilaudid), meperidine (Demerol), oxycodone (OxyContin), fentanyl and Dexedrine. Schedule II drugs, substances, or chemicals are defined as drugs with a high potential for abuse, less abuse potential than Schedule I drugs, with use potentially leading to severe psychological or physical dependence. These drugs are also considered dangerous.

Parents are not told that methylphenidate (trade names Concerta, Methylin, Ritalin, Equasym XL) are stimulants that can cause the very disorders it is supposed to cure-inattention, hyperactivity, and aggression. When the child becomes worse while taking the medication, he or she is likely to be given higher doses of the drug, or an even stronger medication, such as the neuroleptics thioridazine (Mellaril) or haloperidol (Haldol). This can result in a vicious circle of increasing drug toxicity.

Parents are sometimes told that methylphenidate can suppress growth (height and weight), but the explanation is usually given in a manner calculated not to frighten them. Much of the brain's growth takes place during the years in which children are given this drug; but doctors don't tell parents that there are no studies of the effect of this growth inhibition on the brain itself. If the child's body is smaller, including his head, what about the contents of his skull? And if size can be reduced, what about more subtle and perhaps immeasurable brain deformities?

Parents are infrequently informed that like any form of speed, methylphenidate can often make children anxious and sometimes cause them to behave in ways that seem "crazy." Most surely, parents will not be told about any danger of permanent brain damage from long-term exposure to methylphenidate.

Finally, parents will not be told by their doctor that there are almost guaranteed non-drug methods to improve the conduct of nearly all so called Disruptive Behavior Disorders in children-through more interesting, engaging schools and through more rationally managed, loving family relationships.

Children don't have disorders; they live in a disordered world.

When adults provide them a better environment, they tend to quickly improve their outlook and behavior. But, children and teenagers can eventually become so upset, confused and self-destructive that they internalize the pain or become compulsively rebellious. They may need the intervention of a therapeutic-unconditionally caring adult to help them overcome their inner suffering and outrage. Sometimes these children can benefit from learning how to help ease the conflicted situation. But they should never be given the idea that they are diseased or defective, as the primary cause of their conflicts with their schools and families.

Children can benefit from guidance in learning to be responsible for their own conduct; but they do not gain from being blamed for the trauma and stress that they are exposed to in the environment around them. They need empowerment, not humiliating diagnoses and mind-disabling drugs. Most of all, they thrive when adults show concern and attention to their basic needs as children.

Talking Back to Ritalin - What Doctors Aren't Telling You -


Psychiatrist Dr. Peter Breggin discusses what doctors aren't telling you about stimulants and ADHD and the mass drugging of our children. 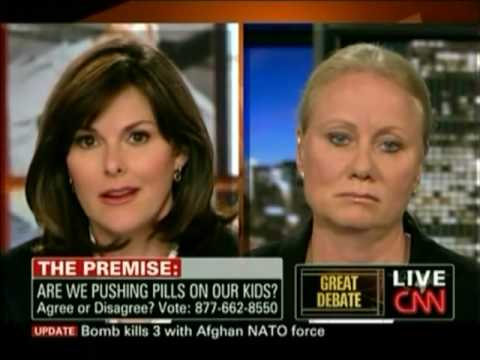 Are Psychiatric Drugs Being Pushed on Kids?


Debate between investigative journalist/author Kelly O'Meara and psychiatrist Charles Sophy about whether we are pushing psychiatric drugs on kids and what the risks of the drugs are.


Psychetruth News Correspondent Corrina Rachel interviews psychologist Dr. John Breeding about the state of ADHD diagnosis and the use of medical drug treatments for this so-called mental disorder. 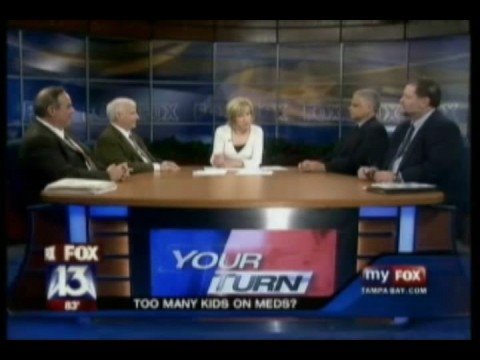 Too many kids on psych drugs #1 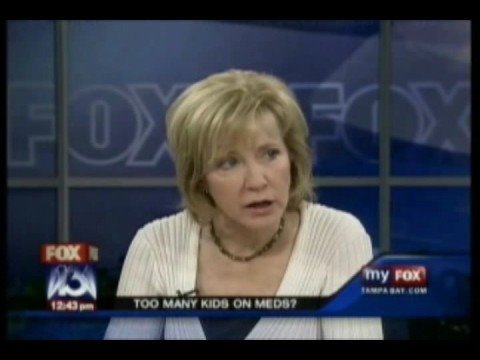 Too many kids on psych drugs #2- 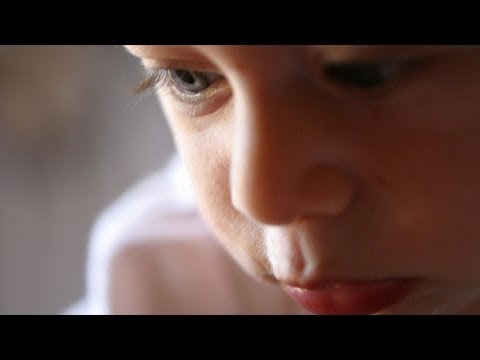 
Ex-Pharma Rep, Gwen Olsen tells all about psychiatric drugs and the drugging of our children! The Truth Talks, Full Interview, featuring Corrina Rachel.